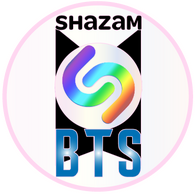 Shazam is a song discovery app – it is NOT streaming. Think about it as a Google (search engine) for music pieces. Music industry uses Shazam data as one of the indicators of public's interest in a song to determine whether it is popular or will be a hit song. Thus, it indirectly influences music industry decisions such as streaming platforms' playlisting, marketing strategies, radio airplays (which contribute 30~40% of Billboard HOT 100 chart), event or concert plannings, etc. 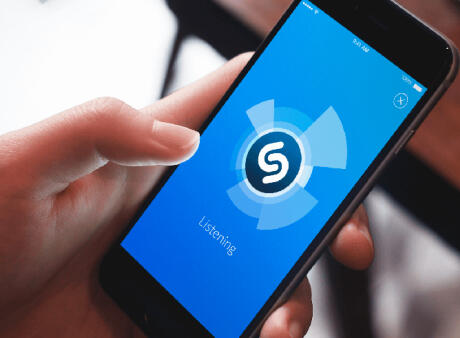 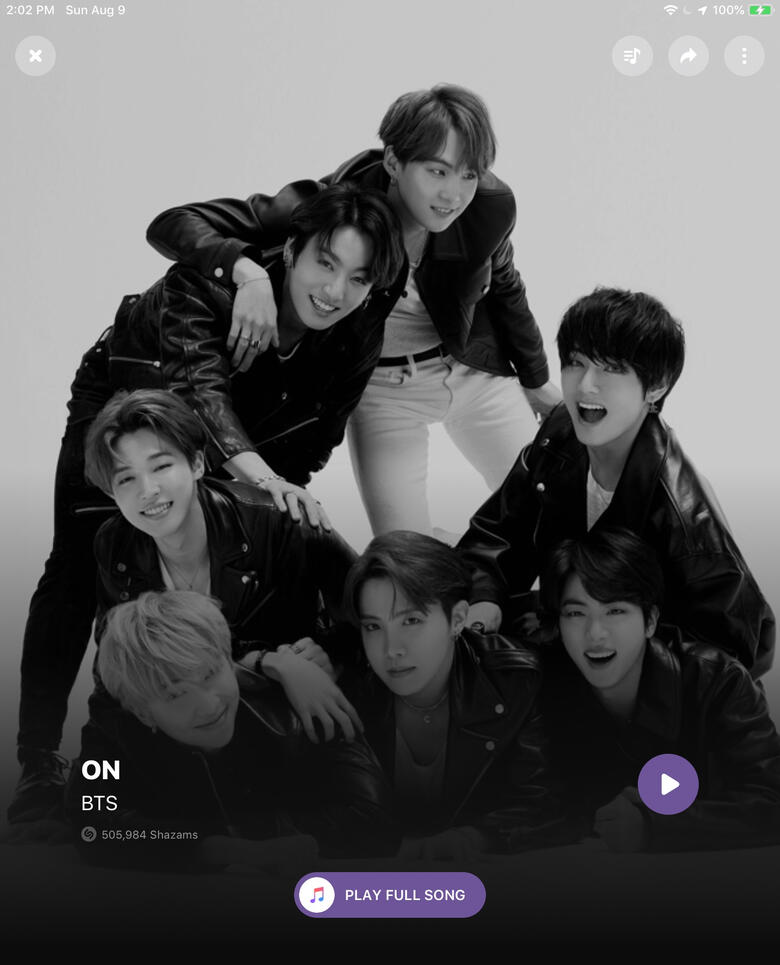 How Do I Shazam?

It's easy! Only takes about 10 seconds to complete 1 Shazam. However, you have to do it properly in order to make your Shazams count!
Please see detailed tutorials:

Download the free Shazam app onto your devices, from Google Play (Android phone or tablet) or Apple Store (iPhone, iPad, or Mac). Then you can start to Shazam for BTS! 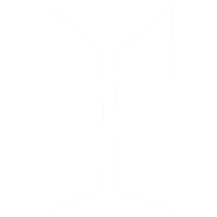 Shazam is a music discovery/identification app, but it is NOT streaming. Think about it as a Google (search engine) for music pieces. When you hear a song you never heard before and want to find out who sings it or the song title, you can pull up the Shazam app, let it "listen to" the song for a few seconds, and it will tell you which song it is and the detailed information about the song such as the singer's name, which album the song is in, when it was released, song lyrics, etc.

Music industry realizes that the Shazam app provides great data to determine or predict which song is popular or will be a hit. Therefore, Shazam data could be used by streaming platforms to determine playlistings, by event planners to determine locations and which artists to invite, by music labels to determine marketing strategies, or by radio stations to decide what songs to play. Even famous Western artists encourage fans to Shazam because it helps make their songs more visible and successful. In the US, radio plays contribute 30~40% to Billboard HOT 100 chart, and Shazam is one of the many factors (e.g., streaming, sales, Shazams, media engagements, music professional critiques, audience impressions, etc.) that radio stations would account for when deciding their song rotations.

In short, Shazam BTS songs can help demonstrate the popularity and high interest of BTS' songs in the world and in your region!

ARMYs from anywhere in the world can help Shazam! The Shazam app is completely free and can be downloaded here.

It's easy! Only takes less than 30 seconds!

2. How to Shazam the same song for multiple times?

** After spring 2020, most iOS devices can now only add 1 Shazam per ~24 hours for the same song using Shazam app (i.e., even if you Shazam many times, only one Shazam will be counted towards total number), as there is no longer a way to CLEAR DATA on the iOS devices (i.e., the previous log in/out & REMOVE method on most iOS devices does not count multiple Shazams on the same song within 24 hours anymore).

** [Disclaimer]: For SOME older version of Shazam app (i.e., if you downloaded the app long time ago and never updated), the previous CLEAR DATA method for iOS *might* still work for multiple Shazams to be counted, however there is no way our team can help you do the testing as the version is already outdated. If you believe the previous method still works for you, see the previous tutorials here.

Therefore, ARMYs who are iOS users please make sure to:

3. How to Shazam using Snapchat app?

Shazam app is completely free. It is available on:

Snapchat app is free, and it has an in-app Shazam that can be used to identify songs. It is available at:

Let's try to break Dynamite's records on both Shazam & radio spins! (Dynamite peaked at #6 on US Pop Radio chart). Below are our Shazam goals.
ARMYs fighting! Teamwork makes the dream work! 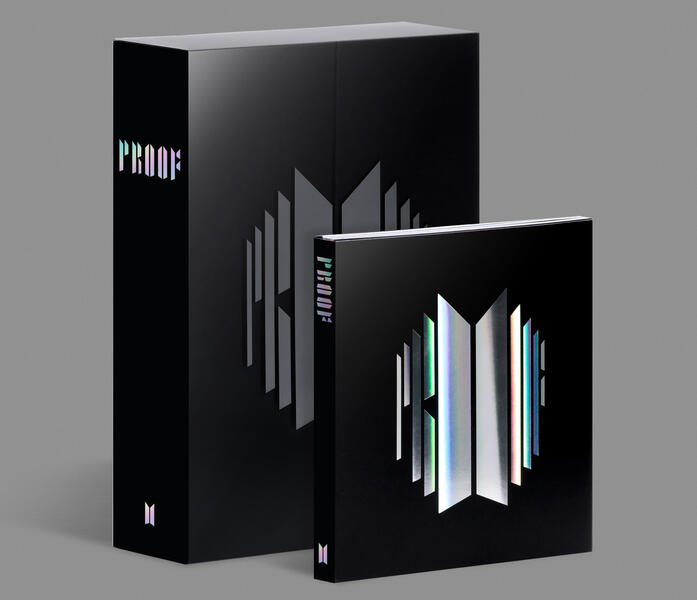 Please pre-order 'Butter' (digital/vinyl/cassette) at the BTS official US Store, and pre-save it on Spotify & Apple Music!

Streaming is one of the 3 major metrics, along with sales & radios, for Billboard HOT 100 chart. Stream "BE" songs, especially 'Life Goes On' & 'Dynamite' on different platforms to support BTS' music & help BTS on music charts!

Please come back next time! 💜 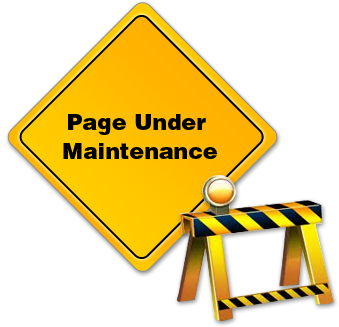 Contact us if you have any questions regarding how to Shazam to support BTS:

ARMYs in the U.S.A., you can now order digital copies of "BE" & the single digital songs ('Life Goes On' & 'Dynamite') on BTS US Store!